Showing posts from September, 2011
Show all

Towards the New Year... 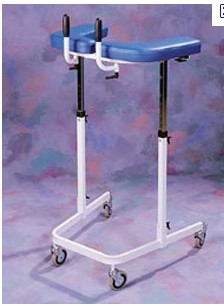 Towards the New Year, Rosh Hashana 5772, I would like to recap my daughter's situation and extent the hope that she will continue to improve in her efforts to combat this terrible disease of RSD/CRPS with the goal of complete ambulation and personal, pain-free independence.

Some time ago she took it upon herself to force herself to walk using a special walker, on which she places about 85% of her body weight by leaning her arms on the armrests, similar to this one:

She is still unable to place most of her weight on her legs, as she is doing this through her pain.  Finally, however, the doctors listened to her and took her off most of the medications and narcotics she was on previously, which did nothing to help her, but only drugged her up so much that she would almost literally fall asleep into her soup, so to speak--the list was interminable: Elatrol, Clonazepam, Gabapentin, Oxycontin, Cymbalta, and later Lyrica instead of Gabapentin, and Valium and Percosets. 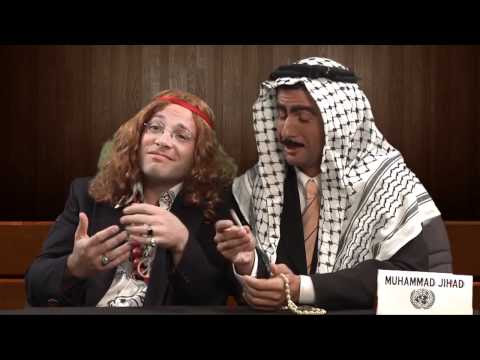 Abbas made his 'moving' speech before the U. N., and from certain nations, received a standing ovation. Netanyahu spoke, and as far as I am concerned, was too conciliatory and open-armed: 'We are for a two-state solution if you will talk peace and recognize the Jewish State'is basically a summation of what he said. Bibi was much better on Meet The Press on Sunday--he didn't David Gregory "throw him under the bus" the way he was questioning him.

Look, think about this: what are the so-called 'Palestinians' (everyone who lived in the area called 'Palestine' before the State of Israel is a 'Palestinian,' including the Jews) saying? Abbas said in his speech that
The core issue here is that the Israeli government refuses to commit to terms of reference for the negotiations that are based on international law and United Nations resolutions, and that it frantically continues to intensify building of settlements on the territory of the S…
Post a Comment
Read more 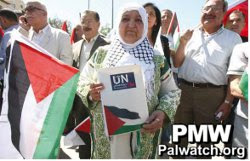 I'm going through Writer's Blog, er, Block.  Have been thinking that since Sept. 6th, I haven't posted a thing.  And things are happening. Bad Things. And Good Things.  First, the bad--at least, it doesn't bode well for Israel and the free world--that the so-called "Palestinians" are appealing to the U. N. for statehood, G-d help us.  And whom do they choose as their honored spokesman? This peace-loving individual, seen in full here on Palestinian Media Watch (hat tip, Yael):

Mother of 4 terrorist murderers
chosen by the PA
to launch statehood campaign
by Itamar Marcus and Nan Jacques Zilberdik
The Palestinian Authority chose the mother of 4 terrorist murderers, one of whom killed seven Israeli civilians and attempted to killed twelve others, as the person to launch their statehood campaign with the UN. In a widely publicized event, the PA had Latifa Abu Hmeid lead the procession to the UN offices in Ramallah and to hand over a letter for the UN Secretar…
1 comment
Read more

Labor Day Over. Back to...Labor. 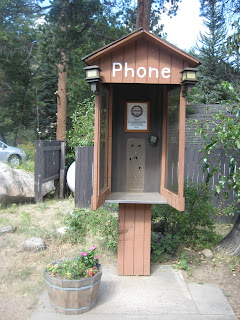 Labor Day weekend is over, and today was my first day back at...labor!  It was great seeing the kids again (I teach at a preschool), and they actually remembered me (!).  After a teacher is away for two-and-a-half months, little kids ages 2-4 don't necessarily remember her, as they have grown so much in such a short period of time, have reached developmental milestones, and have engaged in so many new activities (summer camp with swimming, etc.) during that time. But it was almost as if I had never left.

I wasn't able to write much for my last post, because we were up in the mountains where WiFi was iffy, if you moved away from the Lodge Office.  And I was posting from my smartphone, to boot.  Why it didn't show that on my post, I don't know.  There's probably an APP for that which I don't have.  The WiFi fact is interesting in and of itself: we have returned to this particular resort many times over the last 25-30 years, we loved it so.  We used to go with our…
2 comments
Read more

September 02, 2011
Well, not really. But to someone who hasn't driven on the "open road" (and I don't count driving into Talpiot for Gabapentin) for awhile, driving for 2.5 hours into the mountains sure feels like a road trip!

Hopefully we'll get to our ya'ad in time for  D.H. to do some fishing before Shabbat.  If not, we go to "plan B" (see previous post ).
Shabbat shalom .
Post a Comment
Read more

September Labor Day Weekend-It Ain't Over til it's Over

September 01, 2011
Ok, just posted yesterday about Israel/Florida trip, but this is a new month (Gregorian), and I am going to try to post daily-another Nablopomo attempt, which may or may not make it.  So here goes, at least for the first day of September, 2011.  Our trip isn't over yet.  Nope.  After not having done anything of significance trip-wise for at least a year or two (I think I did get to Florida on a gift ticket last summer, for one week only), we are flying out today heading home--for one night--and leaving early (yeah, right) Friday morning for a 'last fling' mountain vacation in a little cabin near Rocky Mountain National Park.  From the Tropics to the Tundra, as it were.
We will be staying in a lovely place which has some personal meaning for us, as when our kids were little we used to take them there, and sometimes rent a boat, or go fishing and hiking.  As a matter of fact, trout IS on the menu for this weekend, if my D. H. will actually catch anything (I don't have …
1 comment
Read more
More posts