Showing posts from August, 2012
Show all

Israel Does Good: And the World Ignores It

August 28, 2012
It happens over, and over again.  The world condemns Israel--for something, anything--settlements, a border crossing checkpoint--whatever.  And says nothing about what the Arabs are doing, either to themselves, such as so-called "honor" killings, or as in Syria, the regime murdering its citizens, nor does the world care what Arabs do to Israeli citizens, by shooting rockets and missiles at schools or throwing rocks--a lethal weapon--at civilians in cars.

Did the world say much about Israel sending aid to Haiti after its devastating earthquake?  A couple of initial reports--then, silence.  It's not 'cool' to say something positive about Israel.  Quite the opposite.

Here is an example of that hated little country, which does so much good for others, even for their enemies who are sworn to annihilate them. This video shows how Israeli medical personnel are helping a Palestinian child with severe leukemia, realize a dream.

We Will Miss You, Blinky... 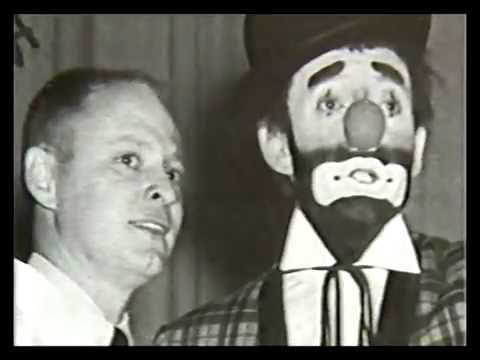 Just found out that Blinky the Clown passed away at the age of 91.  He had the longest running children's show on television, from 1958 until it was finally cancelled in 1998.  We will miss you, Blinky... 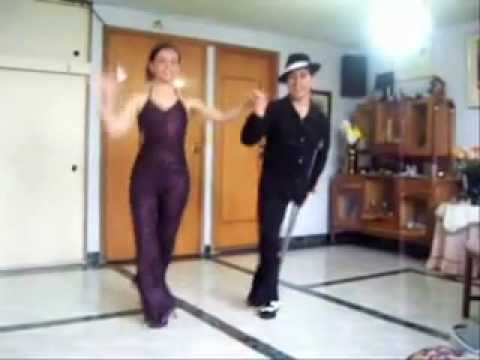 This is for all the disabled people out there, and also for those with debilitating diseases.
So you say you 'can't dance?'  It took me a minute to see that the male dancer is...well, watch the video.  Then, watch the next two videos. And don't ever again say "I can't."

Arabs' Success: in Their Own Hands

August 13, 2012
I've written time and time again on this blog about the Arab, so-called "Palestinian" culture and mentality, and how they are focused on hatred of the Jews and Israel, on whom they blame all their troubles. From early on, young 'Palestinian' children are indoctrinated to hate Israel and to grow up to be "martyrs" and do "jihad."  Mitt Romney, on his visit to Israel, stated something similar when he remarked that Israel's economic success was due to its culture.  If the Arabs focused on bettering their lives, on extending rights to their women, on building infrastructure and creating jobs--not as they did in Gaza when they were handed functioning greenhouses on a silver platter by the Israelis when they withdrew, and trashed them--their economic situation would improve greatly.
In addition to blaming all their problems on The Other : Israel, thus removing the responsibility from their own corrupt leadership, they are also an authoritarian, …
Post a Comment
Read more

August 12, 2012
Now I know why we're so un-cool.  We haven't made Aliyah yet.  Again.  There's one difference, though.  We wouldn't be abandoning our children.  We'd be inflicting ourselves on them, heheh...
Read the whole article by Ari Teman.

Two years ago this week, my parents made aliyah, which is Hebrew for “abandoned me.” And then something weirder happened: They became cool.
When my parents left America, they were objectively not cool. My dad’s definition of style was a polo shirt with Bugs Bunny on the pocket—judging by frequency of use, his favorite piece of clothing ever. My mom’s idea of going out was … just an idea. “Going out” in my family consisted of a strange game of verbal tennis where the paternal unit would serve with “What do you want to do?” and Mom would return with “I don’t know, what do you want to do?” My sister and I would sit on the sidelines, heads turning side to side, as they volleyed ideas about restaurants we could go to before dropping each…
Post a Comment
Read more

For years there has been an on-and-off, unofficial debate among Jewish and non-Jewish scholars as well as lay people on whether or not Jews constituted a race, ethnic group, or are just a group of people living all over the world in different cultures, united only by a common religion.  Let's examine, if only superficially, what these concepts are.

Here below are a few definitions of race :
1. A local geographic or global human population distinguished as a more or less distinct group by genetically transmitted physical characteristics. 2. A group of people united or classified together on the basis of common history, nationality, or geographic distribution: the German race.
3. A genealogical line; a lineage.
4. Humans considered as a group.  Okay, so what is an ethnic group? Here's a definition, with "Hebrews" or "Israelites" as one example:
Noun1.ethnic group - people of the same race or nationality who share a distinctive culture
Noun1.Hebrews - the eth…
2 comments
Read more

An Israeli Soldier and Athlete: What a True Olympian Should Aspire To 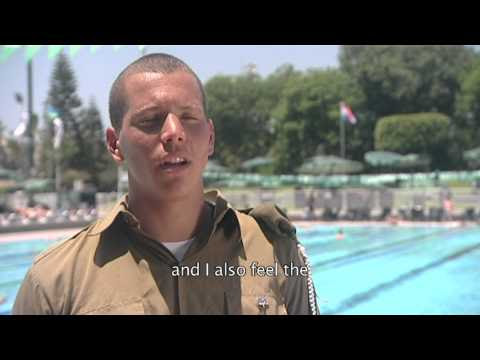 I can't help comparing the story of this Israeli IDF soldier and athlete to those Lebanese so-called "Olympians" (because if they are Olympians, than the so-called values they purport to represent are worthless, as are the games themselves) who refused to train in view of the Israelis because they 'didn't want to look at them,' and so the Olympic Committee erected a wall between them so they wouldn't have to.

I thought the Olympic games were supposed to be about 'unity and universal brotherhood,' correct? So far, from the outset, the IOC has shown nothing of the kind. Towards Jews, that is.  No minute of silence for the murdered Israeli Olympics athletes at the games in Munich so many years ago, with the excuse that the Olympics were not supposed to be politicized.

Some of the values promoted by the Olymics as listed on the official Olympic website are resposted here:
To encourage and support the promotion of ethics in sport as well as education …
Post a Comment
Read more 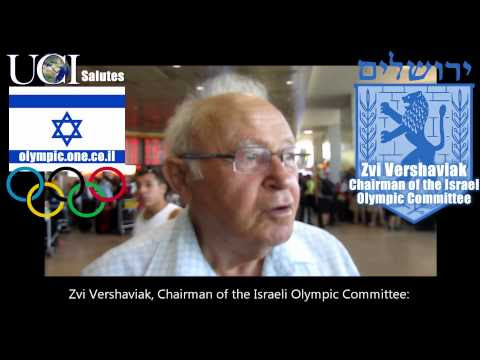 Congress adopted resolutions recognizing Jerusalem as the capital of Israel and recommended that the U.S. Embassy be moved to Jerusalem from its present site in Tel-Aviv:

"Jerusalem should be recognized as the capital of the State of Israel; and the United States Embassy in Israel should be established in Jerusalem no later than May 31, 1999".  That year has gone and passed.  There is no other capital city in Israel, except Jerusalem.  It will be forever--and has been, From Time Immemorial (the definitive book to read by Joan Peters, if you really want the facts instead of towing the politically correct line or hiding your head in the sand).

Which City is the Capital of Israel Again? 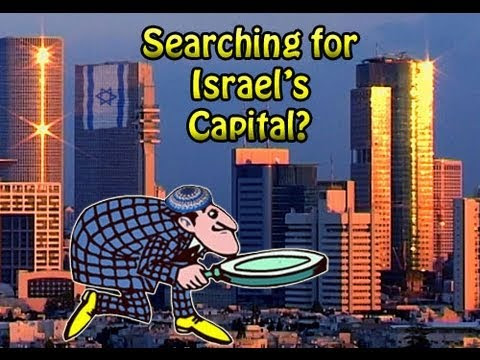 Just in case you weren't sure of exactly which city is the capital of Israel--because apparently The Guardian listed Israel's capital as Tel-Aviv, which could really confuse someone who had been, say, living under a rock for a few years--here is an investigative video, interviewing people in Israel to find the real capital of the Jewish State.  Which is, of course, Jerusalem. And has been, for over 3,000 years.

And what about "West" Jerusalem and "East" Jerusalem? It's nonsense.  Jerusalem had never been divided until Jordan attacked in 1948 upon the inception of the nascent State of Israel.