Showing posts from June, 2013
Show all

Anyone Out There Listening? Or is this Preaching to the Choir?

June 28, 2013
I am totally disillusioned with any so-called 'process' relating to Israel's future by anyone, including the United States' attempts to bring on "peace."

Ad nauseum have I blogged about the world not caring or not understanding (I firmly believe it is the former) the Arabs' intentions and true feelings with regard to Israel and the Jews, and what they want for the future.  Nobody's listening.  Secretary of State John Kerry. is continuing on with his blather about Israeli settlements being unproductive towards peace, blah blah blah.  Not true. Not even relevant. More to the reality point is this article in Haaretz, about peace being contigent upon the Arabs' acceptance of the State of Israel--which they're NOT.  Ya can't make peace with someone who wants you DEAD.  Doesn't work that way.

Barry Rubin states it outright in his article on his blog The Rubin Report, published on PJ Media,  portions excerpted below.
The Palestinians desperate…
Post a Comment
Read more

My Alma Mater, and an Israeli Star

June 27, 2013
A college-preparatory Modern Orthodox Jewish Day School, I was a student in Yeshivat Ramaz for twelve long years...for a while, it seemed as if they'd never end.  Academically rigorous, Jewishly valuing Torah and tradition, but approaching it intelligently, with recognition of the state of Israel as the cause of the revival of Jewish culture, living religion and the renewal of Hebrew, after being dormant for a thousand years, into the living, vital, spoken language of the Jewish people.  Below, in the second video, is a little tribute to my school, composed and sung by "Israeli pop sensation" and teacher at Ramaz for 3 years, Hananel Edri.

First, a little bit about him...

And here is the tribute to Ramaz.

You can hear how mellow his voice is in a video of him singing a Hebrew lullaby, Shir Eres, below.

How Dare the World Question Israel's Legitimacy? What About, Say, Jordan's?! 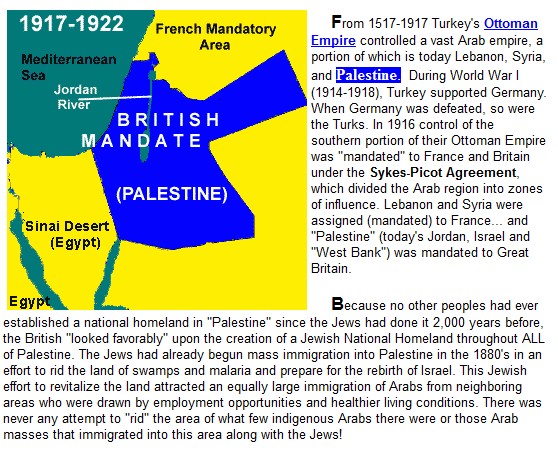 Israel for some reason (we savants know why) is being dissed and dismissed by the entire world.  No other country's legitimacy is ever questioned.

Well, do you have any idea how Jordan came into being? Not by immigrants who traveled under terrible and dangerous conditions, to get to the land of their forefathers, a land which was underpopulated and a wasteland in the 1800s and 1900s during its time as part of the Ottoman Empire, with some areas barren desert and other areas malaria-riddled swamps.  These immigrants toiled night and day exhaustively to drain the swamps and till the land and make the desert bloom.

They re-created with their own blood, sweat and tears--and G-d's help--because the re-creation of the State of Israel is nothing less than a miracle--a civilized, thriving, rich land where the idea was that their people--the most maligned people in the world, victims of racism and hatred and expelled from many countries--could hopefully in the future live in peace and h…
2 comments
Read more

Rabbi Bar-Hayim of Machon Shilo on the London Beheading

Rabbi David Bar-Hayim of Machon Shilo states what other wise people (think Pat Condell, Brigitte Gabriel and others) are not afraid to say: Islam is barbaric.  Islam is primitive.  Islam is NOT the "religion of peace."  Take note.

June 03, 2013
A few tidbits and pieces of information from surfing the Web.  Perhaps they'll peek your interest...

Just read about a young Hareidi woman who insisted on serving in the IDF.  She apparently impressed others with the courage of her convictions, and was a role model for others, some of whom became interested in being more observant.  And to top that off--read the article--someone said about this girl that she should have died instead.  What is Judaism coming to??!  Sharia law, that's what.  We must nip it in the bud.

Have researched the issue of "Kol Isha" (the voice of a woman), and here is something interesting relating to this so-called 'halacha.'  The opinions have moved very far to the right from even when I was growing up.  I totally disagree with the machmir (stringent) view, as you can well imagine.  The 'rabbanim' have sexualized everything about women--everything, to the point where we must wonder why G-d created us at all?

Welcoming June with Naming the Enemy: It is Islam

June 01, 2013
Even after this horrific, barbaric murder of a British soldier in London, the fact that it was another jihadist atrocity was not emphasized.

Even Tony Blair, who actually was forced to feebly state that there is a "problem within Islam," tempered it with "Of course there are Christian extremists and Jewish, Buddhist and Hindu ones."  He'skidding, right? When was the last time a Christian,  Jew, Buddhist or Hindu viciously attacked someone, stabbed him to death and beheaded him in the name of Christianity, Judaism, Hinduism or Buddhism?

Leave it to Pat Condell to call a spade, a spade.  People, listen to him:  this is what it is, and if you don't speak out against it--then you're for it.  Simple as pie. (Seen first on Daled Amos).