October 20, 2014
I'm returning to blogging--albeit sporadically--after a hiatus (since July) due to family issues which are taking all my attention and draining my energy. It's largely for this reason that I wish to blog about the good in this world.
Thus I start with positive thoughts of, and appreciation for, the special nature of the Jewish People and the State of Israel. For, at the risk of sounding arrogant, which I am not-I would venture to say, more in awe of- the State of Israel and the Jewish people collectively, who are different and special. What do I mean by that? I mean highly civilized, humanitarian and inventive with creations which benefit all mankind.

Not in any particular order, let me count (just a few of) the ways...

(1) Israel has developed a computer algorithm to retard aging.  Yes, you might say that Israel is in the forefront of finding the fountain of youth.  Most of us have heard or read that the older one gets, the less one should eat; we know that our metabolism slows down, but the mechanism for our cells' days being numbered was not fully understood, until recently. When the mitochondria in the cells, which are responsible for cell metabolism, become unstable, the cells lose energy and begin to die. When food intake is restricted, contrary to what one would think would happen, certain genes and enzymes are activated and deactivated in the mitochondria which make them stronger and increase energy output. Exercise also stimulates this anti-aging molecular process.
So where does Israel come in? In Tel-Aviv University's computer science division, there has been developed a way to predict which genes need to be turned off to create the same anti-aging effect as food restriction.  Their aim is to change the cells from a diseased, to a healthy state. I consider this a great boon to mankind, because without even needing to exercise, (a pet peeve of mine, exercise) we might actually be able to increase our life span.

(2) Bet you didn't know that IsraAid, the Israel humanitarian organization is helping the Yazidi and Christian refugees from the town of Kobani who are fleeing ISIS and heading into Iraq through Turkey. They are distributing mattresses, food and other supplies (photos courtesy of IsraAid). 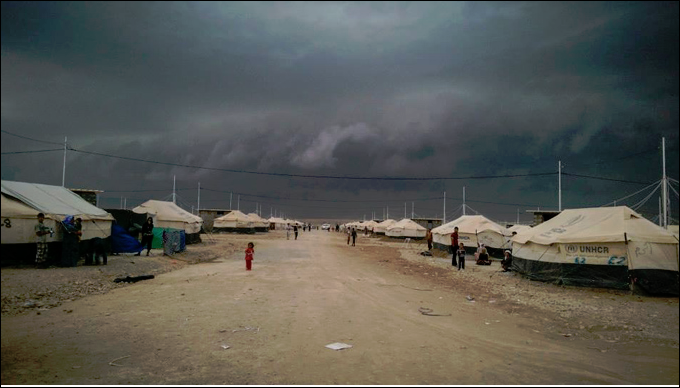 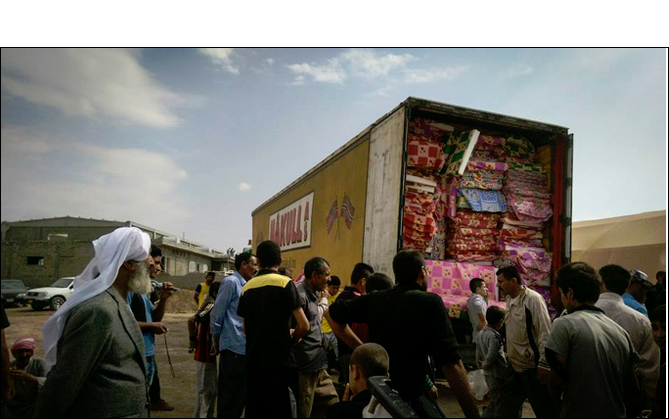 (3) Israel is helping U.S veterans. My DH is a Vietnam Vet, so this actually has a double meaning for me. On the Heroes to Heroes journey, United States veterans of Iraq and Afghanistan are finding emotional healing from PTSD, by traveling around the country and meeting with wounded Israeli soldiers. Also, by visiting sites Holy to Christianity, the U.S.Christian soldiers find solace and meaning to their lives, and helps them to connect with a Higher Power, which they were unable to do in the States.  There is something about the Israeli soldiers' strong loyalty and connection to defending their own country, a country surrounded by enemies wanting to annihilate them; and their sense of community that inspires the American vets. As one soldier put it:


“Being a combat veteran with PTSD, I try to find ways to deal with that, and faith is the biggest focus for me, as for probably the majority of the group,” says McBride, who served with the 82nd Airborne Division in 2003 in Iraq. “One of the biggest things I was hoping to get was a deeper understanding of my faith and to take that to the next level. Seeing holy sites, memorials and museums gives you deeper sense of purpose. There’s a holy aura here.”
Gibson explains that combat often triggers a spiritual crisis as soldiers try to reconcile their beliefs with the things they witness. For him, Heroes to Heroes “gave me some closure and reintroduction to where I came from. It showed me the way Israel treats its veterans and takes care of them, and pointed to some areas in our own system where we could do better to nurture these guys emotionally and physically.” 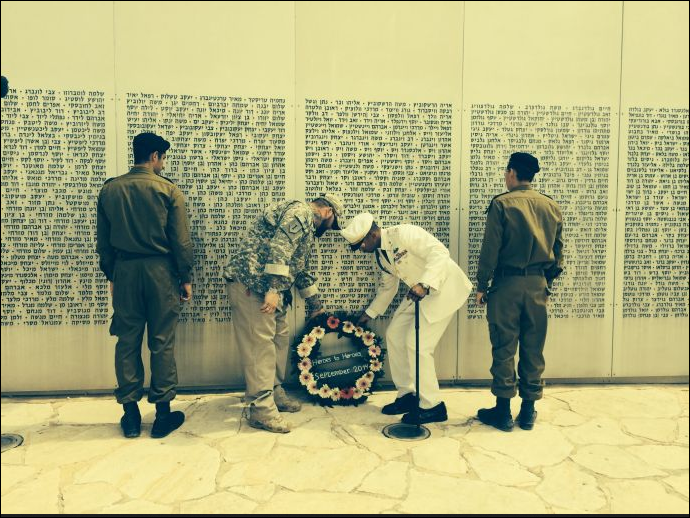 US vets Anthony and James laying a wreath at Latrun war memorial. Photo by Judy Schaffer


(4)  Did you read about the severe snowstorm which blasted northern Nepal, and killed 33 trekkers in the Himalayas including four Israelis? Just today I read a news article in the Wall Street Journal, about a rescue effort which saved hundreds of the hikers (including 200-250 Israeli trekkers), which was started by a Hebrew hand-delivered note to 3 Israeli trekkers who were able to call the Israeli Embassy in Katmandu.  The efforts were greatly helped by Rabbi Yehezkel Lifshitz, the Chabad Rabbi there, who contacted trekking agencies and other embassies to help. From the article:


“There are Israelis trapped in the tea shop at the pass,” Rotem Snir, a woman trekker, wrote in Hebrew on a piece of notebook paper. “Lives in danger. Help us. Thank you.”
A Nepali porter took the note and headed on horseback for a camp the adventurers had passed on their ascent toward Thorong La, a mountain pass nearly 18,000 feet above sea level. He managed to deliver the SOS to three Israeli trekkers, who called the Israeli Embassy in Katmandu.

These are just a few of the stories about Israel--not even mentioning here any more of Israel's advances in medical technology which are revolutionizing medical research and patient care--that show me what a globally concerned, caring, humanitarian people we are.

How can a serious, informed person join a BDS movement? How can a rational person question the existence of a country such as this? The tiny State of Israel has, astonishingly, done more than many other countries to make the world a better place in which to live.

Proud to be a Jew, and to have a country such as Israel...
algorithms Heroes to Heroes humanitarian aid IsraAid Israel Nepal Technology Tel Aviv University trekkers veterans Wall Street Journal

Batya said…
great post
May G-d give you strength and health.
Yes, "proud to be a Jew" and an Israeli!
10:24 PM

Batya said…
This post is included in  First Joint Jewish Blog Carnival, HH-KCC of 5775. Please check it out, read the posts, comment and share. There are all sorts of topics covered, from food to Torah.
1:28 PM

Unknown said…
Great post and great to be in touch again. BTW I am back on facebook if you're there :) I agree, it's great to be an Israeli!
8:36 AM

Lady-Light said…
Batya: I am so fameeshed that I hadn't even checked my blog since I posted! Thank you for including my post in HH-KCC. I will definitely check it out, when I get a chance (DH's chemo tomorrow...). And thank you for your blessings. I sorely need them...
Elianah-Sharon: Thank you for your comment. I will look for you on FB.

For the time being, I will post only positive things about Jews and Israel. Because what is happening with the 3rd Intifada in Israel is making me sick. And the scandals that are happening with some well-known, so-called "Orthodox Rabbis" are making me sick. So I will find the good, the noble, the creative, the beautiful, the kind--and post about that. Shades of Jacob Richman...more power to him!
11:11 PM

Mr. Cohen said…
How intermarriage harms Jewish sovereignty over the Land of Israel: