February 09, 2013
Haven't posted yet in February, although there was something pretty important weighing on my mind (Ophir ben-Sheetreet's singing), which I might write about later.

Meanwhile, there was a serious blizzard in the northeast.  My daughter Toodles lives in New York, which luckily 'dodged the bullet' and did not even break a record (11 inches of snow was recorded in Central Park. Peanuts.).  She did, however, with her cousin's help, build a snowman.  Well, a snow-building.  The Empire State Building, to be exact.  While she was sick. I mean, what else would you do in New York if you're sick? 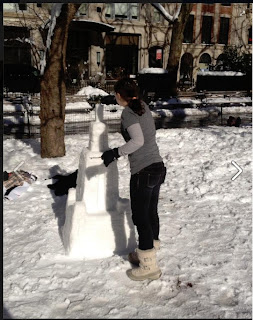 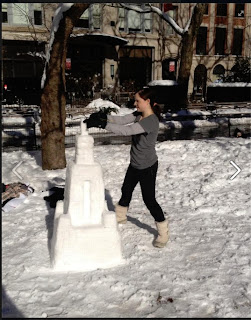 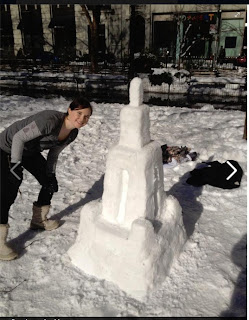 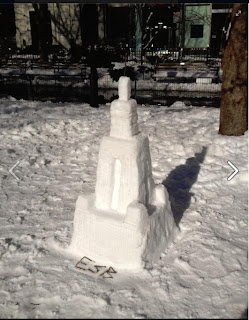 Nathaniel Bloomenstein, eat your heart out!  (You know who you are).
blizzard Family New York snow